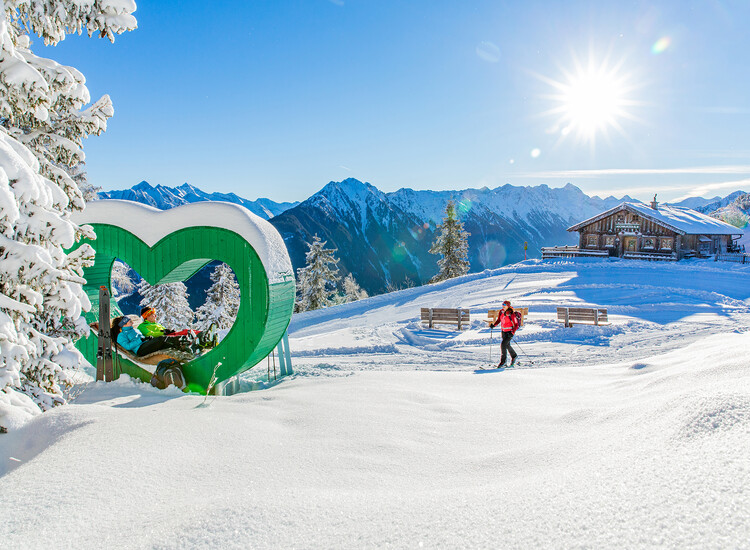 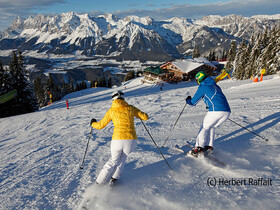 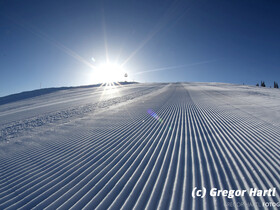 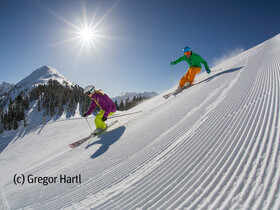 For the ascent and teh use of the infrastructure like slopes, parking, guidance system etc. a fee has to be paid (except for ski pass holders). You can buy this ticket directly at the ticket machine or at the Kassa Hochwurzen. 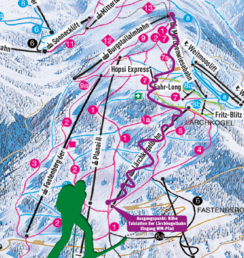 The route is marked with signs - please pay attention to the guidance system and follow the signposted route.

Show the plan of the ascent track >> 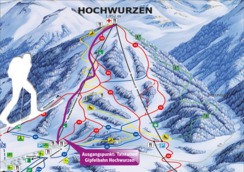 The route is marked with signs - please pay attention to the guidance system and follow the signposted route.

Show the plan of the ascent track >>

Off piste ski-touring on our mountains 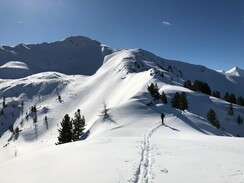 A beautiful ski tour for beginners with a special landscape experience - through sparse high forest and views of the Preunegg Valley and Obertal.

Approach: By bus/car to the valley station of the Hochwurzen Gipfelbahn, then by gondola to the top station.

Ascent: descent from the top station briefly along the toboggan run and then along the 4 season hiking trail to the Hüttecksattel. From there, continue your ascent to Roßfeld (1,919m) and over the Latterfußsattel to Guschen (1,982m).

Descent: From the summit of the Guschen you descend in a north-westerly direction along the ascent route to the Latterfußsattel. From the saddle, continue to the right in an easterly direction until you reach a very sparse forest, through which you descend to a forest road. Along the forest road you start the way back to the starting point.
Please stay on the given route (Wildlife sanctuary).

A sensational view of the high alpine mountains of the Schladminger Tauern awaits you at the summit of this skitour.

Approach: with the Planai main cable car or by car via the toll road to the Planai mountain station (Planaihof)

Ascent: The short ski tour to the Krahbergzinken starts near the Mitterhaus 8-seater chairlift. You can reach the starting point with the Planai cable car, Märchenwiesen cable car and Mitterhaus cable car via the marked slopes. At the Krahbergsattel, south of the Mitterhausbahn mountain station, you leave the marked piste area and disappear into the sparse forest on the right. The ascent track leads you further to the northwest flank of the Krahbergzinken, on which the, partly steep, final ascent takes place. Shortly before the summit, unbuckle your skies to walk to the summit. The eastern flank drops steeply here, so caution is advised.

Descent: The descent is first over the northwest flank and then over the lower part of the north hillside towards Mitterhausalm. 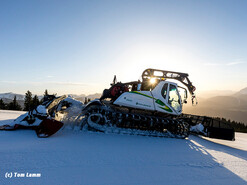 Operating hours All the information you need on our piste opening times! 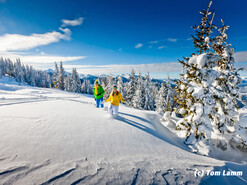 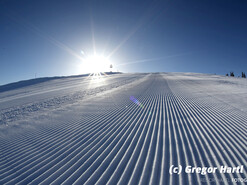